From canvas to clutch 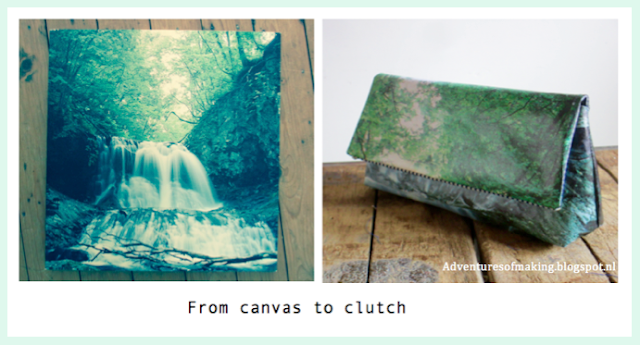 "Really...?" The cashier of the thrift shop said hesitantly. "We also sell really nice bags over here. And they are quite cheap" and she pulled a black, pleather clutch with rhinestones in sight.

She had seen me wandering around in their thrift shop, buying strange items every time, so when she asked me about it, we came to talk about my projects of transforming thrift finds into something new. And now I had asked her if she had a canvas painting somewhere that I could transform into a clutch. She clearly thought that I was out of my mind. Resizing a skirt or a dress was one thing, but making a clutch out of a painting, that was plainly berserk.

But as I kept insisting ( also in an attempt to escape the horrendous clutch that she was trying to set me up with) she eventually complied, and I went home with a canvas artwork that she had sold to me for 50 cents.

and of course -crazy or not- I made a clutch from it! Here's what I did. 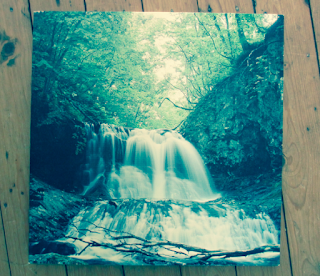 It all started with this tacky canvas photo. I do feel a little bad about naming the poor thing tacky, because in my student-days at least half of my friends had a canvas or poster like this, usually depicting either a forest or a beach. I can understand the sentiment behind it: since most of us didn't have a garden, this was their small, maintenance-free substitute. So please excuse me if have just offended your artwork; there's nothing wrong with a little tacky in your life, and I'm probably queen of tacky anyway (I own crocheted barbapapa's, what's more to say?)

I began my taking the canvas from its wooden frame. This sounds much, much easier than it acutally was. The indestructibility of the nails that held the painting together was only outmatched by cockroaches and Australian money, which are -as you know- completely and utterly impossible to destroy. But after some bruises and scratches, I eventually got the hang of it, and freed the painting from its frame.

Now, the great thing about working with canvas it that you can write and draw on it. So, I simply drew my pattern on the back of the canvas. I'm not sure if my pattern is clear enough, but in I simply drew my standard bag pattern that you've already seen here ( a simple tote with boxed corners) with the addition of a flap. During the process I also decided to taper the side seams a little bit in order to math the flap. 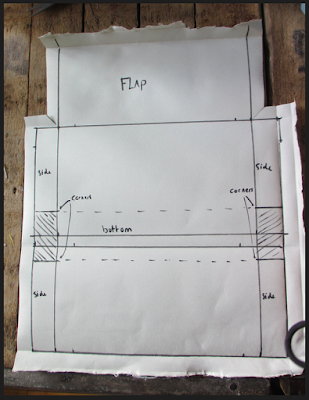 Then I started sewing the thing together, which was a breeze since I could simply follow the lines.

I duplicated my pattern of the bag (minus the flap) for a lining. In my case, clutches really need a zipper, as I only use them in two occasions:
In both cases, the clutch will most probably end up upside-down at some point, so a zipper is truly needed. Thus I added one. 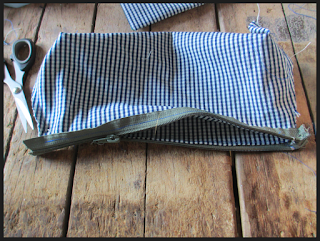 Before sewing both layers together, I glued a little magnet between in layers in the flap, and and piece of metal (from a tealight) in the bag, to act as a clasp. I also added a little strap to hold it with. 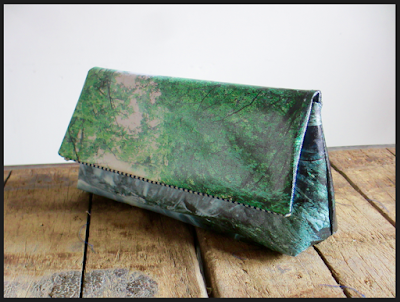 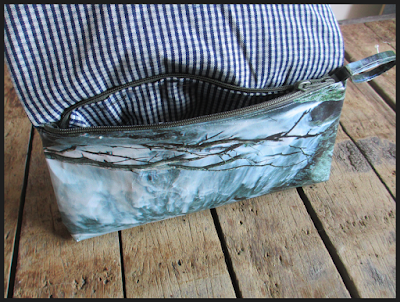 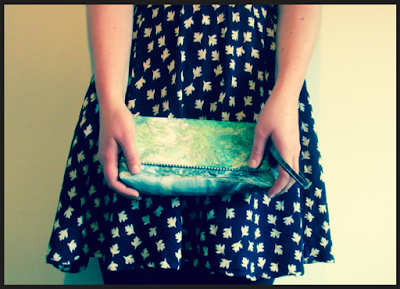 What do you think of it? Do you like it? Should I try sewing with paintings and canvasses again?  I'm looking forward to your responses!

Posted by adventures of making at 8:17 PM