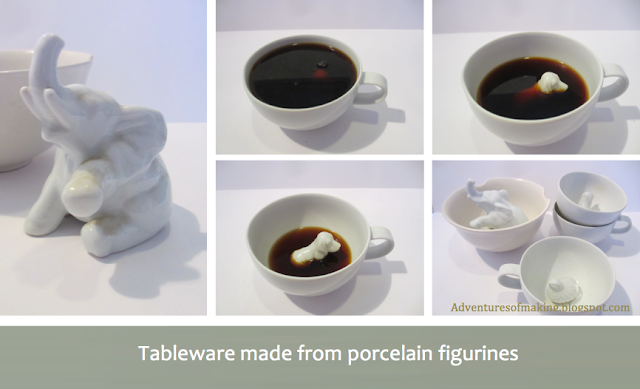 Okay, riddle me this:

what can be found in every thrift shop, but is never bought by anyone..?


aaawwwwhhhh... poor little porcelain elephant! Indeed, nobody ever buys you!! (hey, I didn't say it was a funny riddle ;) )

I've been thrifting for quite some years now, but I have never encountered a thrift shop where those little porcelain figurines didn't thrive in abundance. They just... flourish.. And no one ever buys them, because... well, why would you, they're not exactly fun or handy or beautiful, are they?
So, I suspect that the cashiers just hold monthly secret squash-tournaments at night where they smash the majority of those things into pieces just to make sure that the whole store doesn't overflow with them...

But if you've been following this blog a bit you know that I have a major weak spot for ugly, useless objects, so as you've might have guessed; I bought a bunch of them. Or to be more precise: I actually got them for free since the cashier could see my point that nobody would buy them anyway (a perk of being a frequent customer)

So, I came home with this:

(ps the other animal-cups in this article were made several months ago and thoroughly used to make sure this idea works!)

I thought it would be really cool to make cups and bowls with animals in them, as I had once seen in a designer magazine for A LOT of money. But of course, I wanted to be able to actually use the cups. And -as has been my experience so far- with this tutorial that is possible!

Here's what I used: 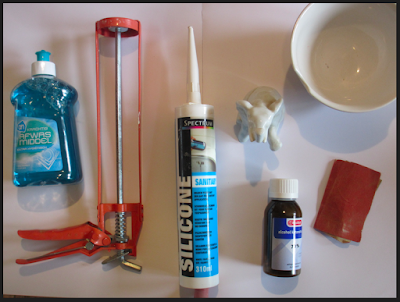 and of course, I forgot to photograph the most important supply ( but it deserves its own picture) 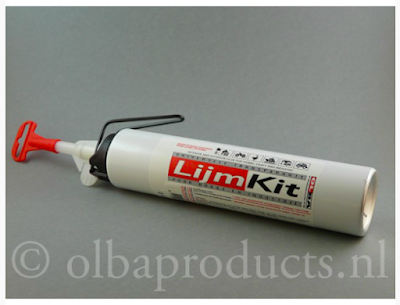 Olba kit! I've used super glue in the past for when glueing porcelain, but since that doesn't allow any movement, it will eventually let loose again. This one looks a bit like silicone sealant and allows movement and is thus a much better option when you would like to wash and use it. I'm a big fan of it! ( don't worry; they don't sponsor me... yet..... ;) )

There might be similar brands like this one for sale, I don't really know. And if you really would like to give it a try without buying glue like this one, well, you can always try it with super glue and just be a little more careful with it and/or accept that you have to re-glue it every once in a while.

I started by giving the elephant and bowl a little scrub. Don't forget the bottom of the figurine; it needs to be as clean as possible, otherwise the glue won't hold! 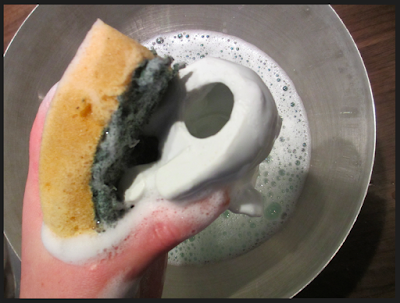 ( I did the next steps in the wrong order myself, and had to do an extra round of cleaning and sanding, so I recommend to follow the order of this tutorial! :) )

As you can see in the picture, the bottom of the elephant is hollow. Now of course, we're going to try to glue veeeeerrry careful so that there won't be any liquid seeping between elephant and bowl, but still...
Can you imagine what would happen if some coffee would manage it's way into the hollow part and stayed there, since you can't reach it? you'd probably be able to harvest mushrooms after a while, Yuck!!

So, I decided to fill the elephant with silicone sealant; a leftover from when I updated our shower.

So, I stuck the silicone gun up the elephant's arse (well there's a sentence I never thought I would write...) and filled it with it with the silicone, to completely fill the hole and prevent liquid from getting in.

Okay, glueing the poor elephant's butt shut is a bit a weird ;) but it's a necessary step, I promise!
Try to prevent spilling any silicone on the outside of the elephant and bottom surface, as I'm not sure how that would affect the glue.

I let the silicone dry overnight.

The next day, I sanded the surface where the glue would be, to get rid of last pieces of dirt/silicone and prepare the surface for the glue.

I couldn't make any pictures of the last step, as I didn't have any olba glue at hand myself, and had to wait until I paid my parents a visit.
But well; it's really simple: follow the instructions of the glue you use, make sure to cover the entire bottom surface of the elephant and place it in the bowl.
It's really important to place it well, so that no air/liquid can get in between.
Olba takes quite a while to dry.

And we're finished! It may look like quite a lot, but apart from the drying part, it goes quite quick and is quite easy. If your hesitant because you don't have the materials at hand: these are just the things that worked for me; other options might be possible as well. Just use your common sense and experiment!

and here's also the other ones that I made earlier: animals coffee cups! 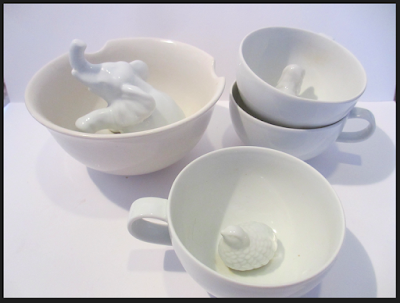 just in case you were wondering: as far as I could find, you don't have to be afraid of drinking harmful substances coming from the glue, just make sure you let it thoroughly dry before using them (at least a few days). If you glue it well, the contact area between glue and coffee will be negligible anyway.
And... can you use them? 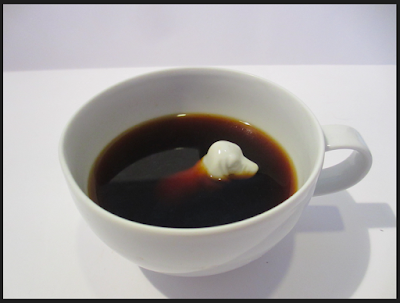 As I wrote in the beginning of this post: I made these coffee cups quite a while ago (a year or so), and use them quite often.  And although I usually wash them a bit more careful than my other cups, they are holding up just fine! They also survived a few rounds in the dishwasher, although I prefer washing them with a sponge just to be sure. 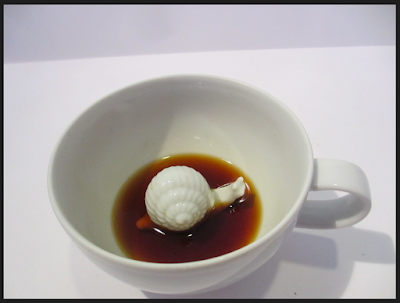 This is one of my favorite crafts to date. I hope you enjoyed it as well!

Posted by adventures of making at 9:11 PM