"your house is so cool.. it's like.. magic!" the two girls from next door (9 and 10) came by to say hi, and check up on our renovation-progress. Being the little girls that they are, it took them exactly two seconds to make their round through all the rooms, but they had high praise. Their comment was honestly the nicest thing I had ever heard about our house, and I stood there basking in the glory for a moment.. 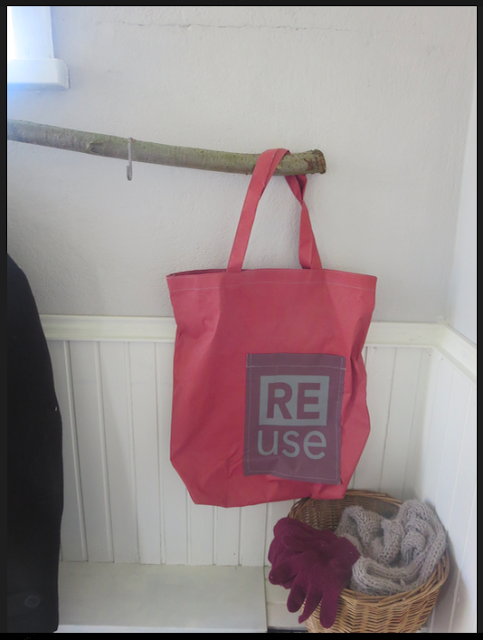 Until I heard the youngest say to the eldest on their way out: "When I grow up, I also want a messy house, just like Joost and Marije!"  hahaha, ouch!!

So, because of our messy ways, Joost and mine home-coming ritual usually goes as follows:

A  loud crash coming from our garage indicates Joost or me parking our bike into the garage. A few seconds later, the back door slams open, and a redfaced and sweaty Marije (or Joost) stammers indoor ( it's a long bike ride y'know), exclamating a Chewbacca-like sound ('uuurrrhhuuuuugghhh') , and muttering something about "the bloody wind", occasionally accompanied by some complaints about sore muscles or a sore butt ( again: long bike rides!)

The sore-butted culprit ( again Joost or me) then makes his/her way to the kitchen where a working bag is deposited on the kitchen table, and a coat goes flying through the kitchen, to end up on one of the chairs. Not to be moved until the following morning, or in a moment of panic when we have unexpected visitors...

Not very laudable, eh?
Well, a major part of the problem consisted in the fact that after almost a year living in our new house, we still hadn't installed a proper coat rack.
Tidying may not be my forte, but making stuff certainly is, so I cued the music, and started working on..... ( papapa-dam, papapa-dam...)

Now of course, Anyone can hop on their bike/car/hooverboard and fetch a perfectly fine coat rack at Ikea. But I really dislike settling for perfectly fine, especially when cooler, uniquer and more-eco friendly options are available for free: like tree branches!


Earlier this year, we had to do some serious chopping in several trees in our garden


so we still had plenty of long branches laying about. I choose a pretty one, chopped a small bit of, and.. well with that I had done the majority of the work already, whew! :)


Next, I knocked on my wall to see what we were dealing with: yup just what I thought: solid brick wall.

So according to my handyman-flowchart that I drafted for you earlier...

And because I needed something to keep a bit of space between the wall and the brach, I cut small ringlets of a spare copper pipe to use as spacers.

Then a few long screws went all the way through the brach and the copper spacers into the wall, and voila!

Now, I still had quite a few hooks from our old kitchen to serve as coat hooks, but since the branch was a little too thick, I drilled holes for them.

I tossed on a few extra clothes hangers, and we're done! This is what it looks like now!

and the ends make a great place for bags


BewarenBewaren
Posted by adventures of making at 9:49 AM