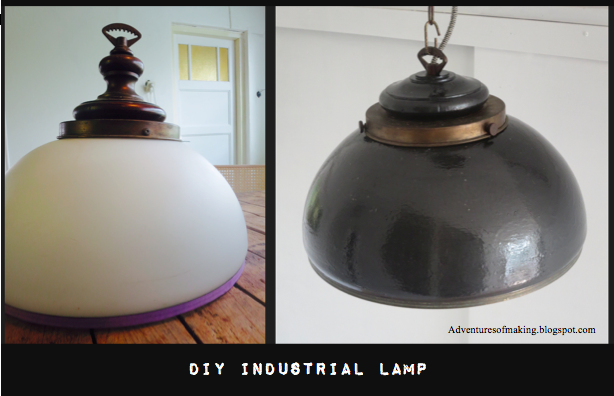 The cashier, a man with an alarmingly bushy moustache, gazed upon all the stuff we had dumped upon his counter (two books, a slatted bed base, cd's, some kitchen stuff and the star of this blog:an enormous lamp) scratched his equally bushy ear and announced in a loud voice: "madam, sir, 10 euros please!"

"I don't know..." Joost mumbled to me while leaving the thrift shop. " I think the rest cost about 20 euros, but he just gave us 10 back, because he was happy to get rid of that ugly lamp you just bought"


Joost and I were on a mini thrifting road trip: we were headed for a birthday party in Amsterdam, and Joost had suggested to visit a few thrift shops and vintage stores while we were hitting the road.

Oh yes indeed, Joost is an AMWTOTI: a man who takes occasional thrifting initiative.  Did you know they existed? Well, I didn't. Previous fella's raised their eyebrows over my thrifty habits at best, but luckily, Joost is happy to dive in. I am one lucky girl ;)

But when I picked up an enormous, fifties-style lamp, Joost seemingly began to regret his proposal.

Here's the culprit (wearing the other culprit)

Though he did have a point: It was very old-fashioned..

but no worries; I am a girl on a mission.. an industrial mission, that is! Because, like many, I am very fond of industrial design, and industrial lighting in particular.


But these things (especially the original ones coming from factories in Eastern Europe) easily cost between 150 and 250 euros a piece, or even more. So, why not instead make one myself? for a lamp that had cost me about 4,- ( or minus 10,-, as Joost claimed) it was at least worth a try!

I began by disassembling the lamp, by simply tugging and twisting at every part that seemed twistable, and soon I had a lovely heap of former lamp

I wanted to give all the parts that needed to be painted a good rinse, but first I started playing around with the different pieces:

removing a few bits makes quite a difference!
much better, eh?

Now, I wanted to make my tinted glass lampshade look like metal (the material, not the music..duh!), like those industrial lampshades I like so much, but a normal layer of paint probably wouldn't do that trick. But luckily, we have..

Hammerite is a type of paint designed for metal objects,and creates the look as if someone has beaten your stuff with a hammer (which you want, because of reasons), and well, it's the kind of paint used on most industrial metal objects, so perfect for recreating that look, I think.


I ended up adding about three layers, mainly because I didn't want any light to filter through ( I mean, I won't fool anyone with my fake metal lampshade if it's transparent, will I?) Luckily, applying a new layer of paint took me about 5 minutes each time, so it didn't really matter: I could do it while making dinner, or during phone calls, or whilst doing my hair ( I actually was smart enough to do just that, and ended up with my pony tail in the wet paint.. hmm)

but well, the outer layer is finished!

an quickly the inside followed!

I also snatched up a pretty cool vintage cord, to replace the boring brown one. Rewiring  a lamp was a first for me, but as it turns out, it's quite simple :)


With a little bit of nifficking to get everything back into place ( and fixing that lopsidedness while at it) I was done!

From grandma-style to pretty industrial! 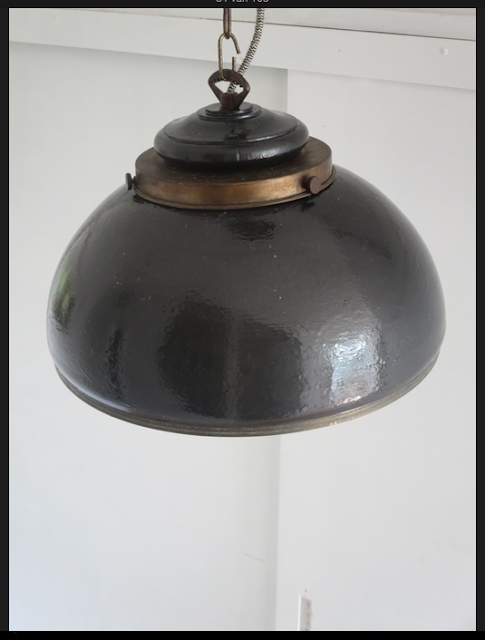 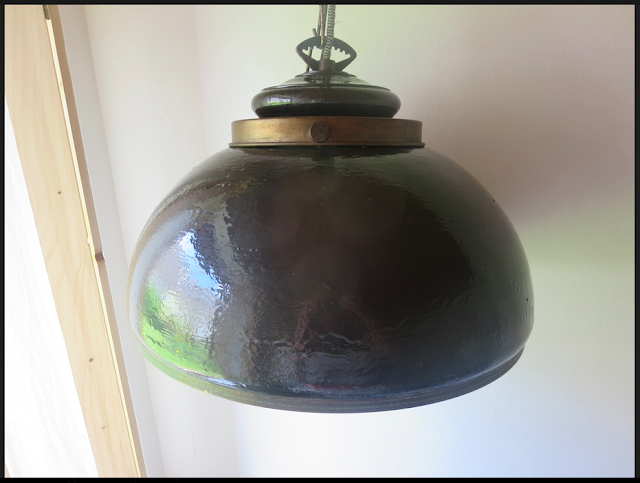 I am very pleased with it!
Admittedly: those real old factory-lamps with their battered looks are a league of their own , But by spending well under 10 euros, instead of 200,-, I'm certainly not complaining :)

So, what do you think? Good copycat, or lampshade of shame?
Posted by adventures of making at 1:07 AM