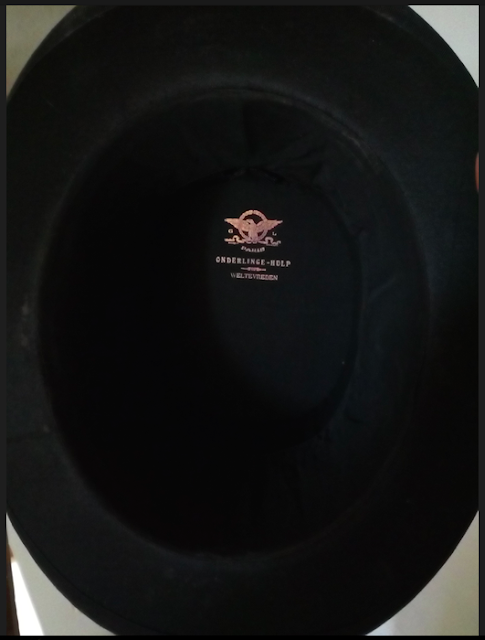 It all began with a hat. It always does.

I got the hat 1,5 year ago for my birthday, gifted by my parents ( who -together with the hat- also gifted me the promise of chickens, which will make a happy return on this blog later on).

Some of you might wonder why my parents would give me such a gentlemanly top hat..

The reason for that is that my mum -quite contrary to what she says about herself- has a rather splendid memory. And when I was about 18 years old, I once saw a really cool pendant lamp in a magazine, made from an old top hat. I showed it to my mother and said: I would like to make something like that! Fast forwarding ten years, and my mother actually found me a suitable hat.

And it wasn't just any hat, it was a really cool one. Very vintage, made from real silk, with a curious label printed on the inside..


It was almost a bit too fancy: usually I just upcycle a bunch of junk, so I don't have to worry about botching it up. Here the stakes were a bit higher: on the one hand, I really wanted a hat-lamp, on the other hand: if it all went wrong, I would ruin a really pretty top hat.

Therefore it took me more than a year before I found the courage to work with it.

First I fetched a socket with cord, which we luckily had lying around, harvested from an old lamp (there's a fine line between hoarding and having a well-stocked garage.... )

And used the bottom bit to trace a cirkel in the middle of the hat, so I knew what to cut out.

And then, calming my nerves ("I'm destroying antiquities, NOOOOOO!") I began cutting along the lines. 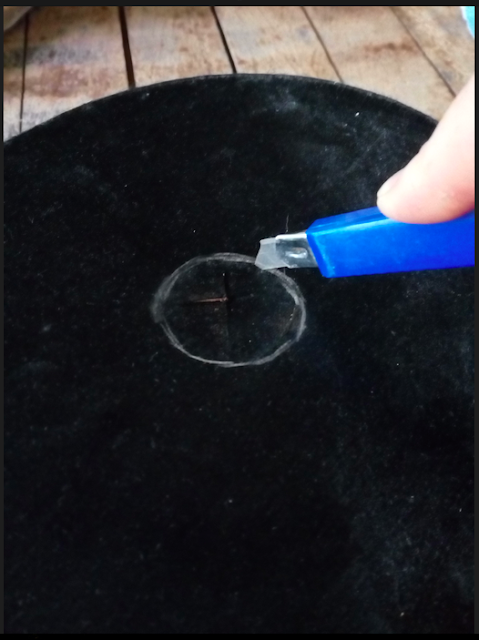 
I applied a bit of clear nail polish to the silk edges to prevent fraying, and pushed the socket through the hole and screwed everything together.

screwing a light bulb in place - LED, because you don't want an overheating light bulb so close to silk fabric, and the lamp part was basically done!

And of course, still wearable as a hat, in case of unforeseen Derby, or other kinds of hat-indulging fanciness..

of course it needed a place to hang around, like lamps do, but the designated spot doesn't really look that magnificent yet, since have been busy ripping the old lowered ceiling out and insulating everything over the last week. so, please don't judge the disheveled look of our upper-hallway too harshly ;)


but at least it works!

despite the lack of proper pictures ( sorry, but I warned you beforehand/l the short summer series aren't about fancy photo's...), I quite like it! The light is obviously directed downwards, but since it hangs above a staircase, I think that's not very problematic.

And one of our chickens/ mini-silkies, Omelet, managed to produce offspring! Or at least one of it. Hereby I'm proudly presenting the newest member of our family... 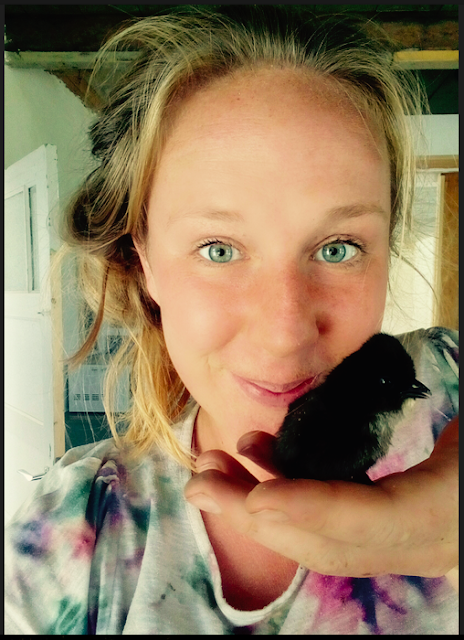 It's Nugget!! I'm still amazed that Omelet was able to produce a chick in those grape-sized eggs of hers. Nugget is incredibly cute, loud and fast, and seems to wear a fluffy hat on top of its head, which seams oddly fitting in light of this post, but in every other context she looks quite ridiculous ;) But we love her (him?) all the same!

hugs!
Posted by adventures of making at 10:07 PM