short summer series: we can be heroes ( not just for one day) 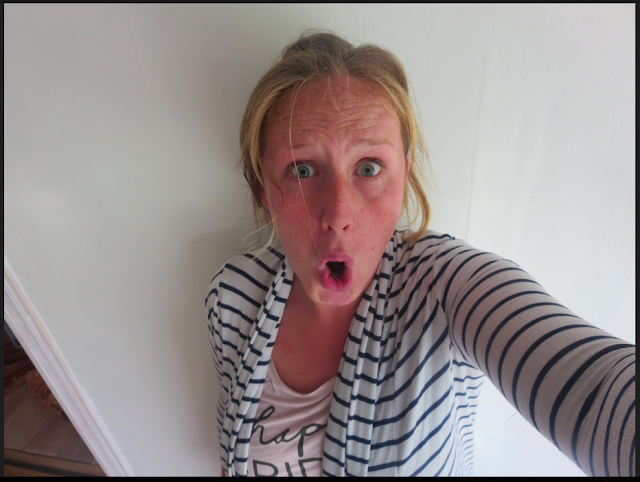 If you could be a superhero with any kind of superpower, what would it be?


For years, my answer to that question has been: superteleport-man, and my superpower would be to teleport to any place and time. I that that would be absolutely amazing, and big bonus: I would save a lot of money on those ridiculous prices that Dutch Railroads charge for their  train tickets (I mean: come on NS! you're selling a mildly unpleasant ride in a yellow metal tube that is constantly delayed, how expensive can that be??)

Nowadays, with the immense responsibility of this blog on upcycling (and the impending climate crisis) , I would of course say: superrecycleman. You know: that my superpower would be to take all the waste in the world, and recycle it into usefull stuff, or break it down back to their natural elements. I think that would save a world crisis or two!
And since my completely made-up skill would also imply that I could retract oil and so from waste plastics, it would of course also mean that I would be super rich, so I could hire an inventor who would build me that teleportation machine for me to circumvent railway tickets ;)

Of course, the only superpower that I actually do have, is my supernatural ability to look very, very shocked.

Today I looked shocked because of this very bland cardigan.

The cardigan was perfectly fine. That was why I had picked it up at my favourite thrift shop anyway: because it would be a perfectly fine and sensible addition to my wardrobe.
But -as if often the case with sensible clothes- it was boring.  So, sometimes I took it out of my wardrobe, tried it on, thought 'Meh..." and put it right back, to wear something less sensible, but cooler instead. So it ended up gathering dust in my wardrobe, completely unworn.

But not any longer, because today I've channeled by wannabe-superpower, and recycled that frumpy little heap of sadness into the epitome of epicness! ( okay, I've just realized that my other superpower is my superfluous use of adjectives, sorry for that ;))

So, I took the shirt, and spread it out on the floor sideways to see what I was dealing with.
That entire bit on the left is actually the collar. How on earth is it possible that a shirt with such a big collar is so underwhelming?
But no worries, I'll turn it around... literally.

The plan was as follows: 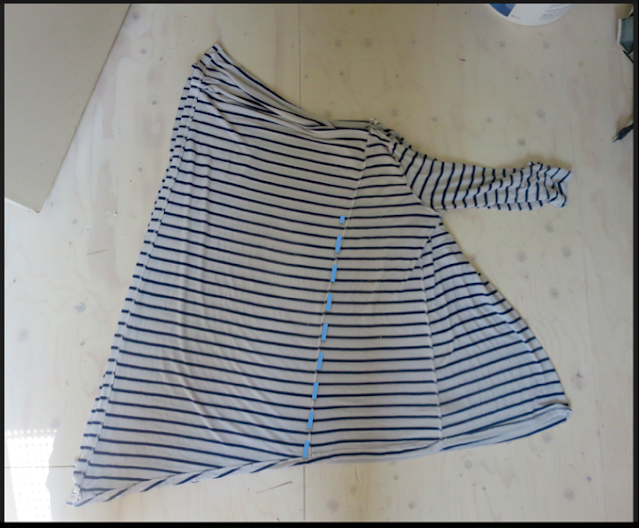 One seam guys, that's all it takes!

So I pinned the two collar-bits together at the seam ( so right across the blue dotted line)
And fired up the refashion-machine.

That was it actually! And now the magic happened, by.. (papapapaapapapaoammmmm... drumroll)

Wearing it back to front! Whoah.. I know right, you fell of your chair, just by the shock of that surprise;)


And by doing that, this is what I've got!


I was pleased with it, so I skipped towards Joost who raised an eyebrow and hummed: "uh.. yeah" ( he's not really a morning person, that one)
Luckily, he did agree to take a few pictures for me:

Joost was a little sceptical, because he thought it looked a bit like a superhero-cape, and found that to be a little gimmicky. I on the other hand, have decided to embrace my inner superhero, cape and all! I sometimes need a little drama like that in my life ;)

ps: next time up: an upcycled hot tub!!!
Posted by adventures of making at 9:56 PM