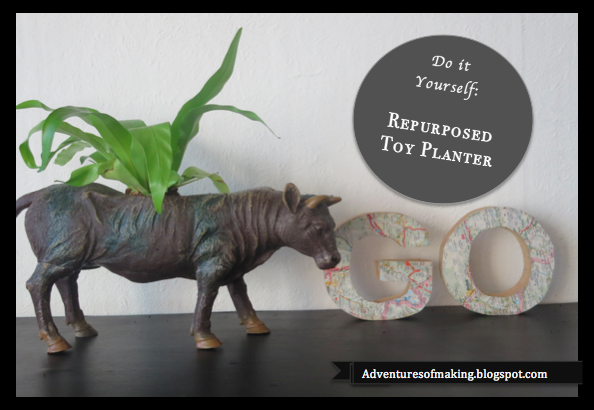 Yep. It's the planter nobody ever knew they needed to have in their life!


For me, a major part of the fun of sinterklaas ( or Christmas for that matter) is trying to slip in some idiotic gifts. I mean: while most of us are probably perfectly happy with a new set of bedroom slippers,  that's not really the kind of stuff that accounts for a legendary evening (or... does it.......? hmmm...)

And this year one of our victims was my oldest sis in law. She works at the faculty of veterinary medicine, so Joost and I -maybe after some wine- decided that she really needed to have an office planter in the shape of a cow in her life. I mean: who doesn't?

So, one good evening after work, I cycled to a dollar store and bought a plastic toy cow.  If you want to make one for yourself: try to buy one that is hollow and made of softer plastic( like the squeaky toys).

So, let's meet the cow in question!


At home the surgery began.
I grabbed some scissors ("nurse, could you pass me the scissors?") and stabbed the cow brutally in the back.


Then removed its intestines...

Then I grabbed my bucket o' dirt and began spooning soil into the now empty cow. 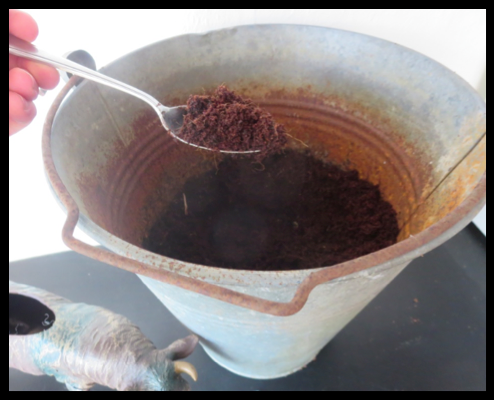 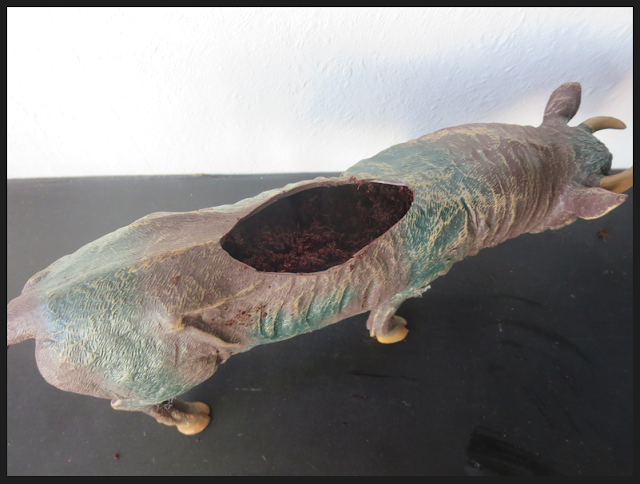 Now there was only one thing left to do: placing a plant in my new cow-planter, 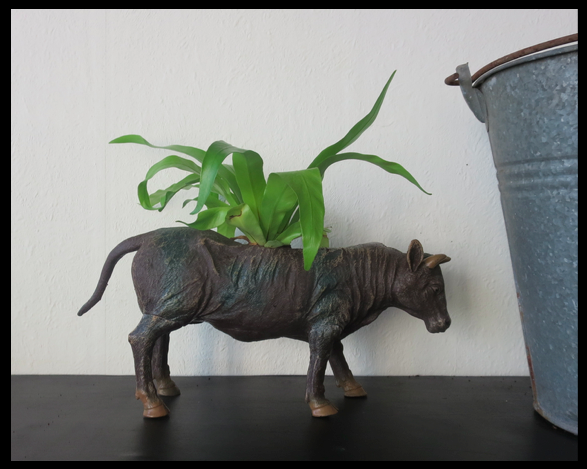 you could of course spray paint it, or paint it with chalk paint and write something on it.. many possibilities here! But for the sake of and funnily enough, from a distance it kind of looks like it's made from old copper ( from up close it just looks like an ugly plastic cow though)

And my sis-in-law thought it was hilarious :) 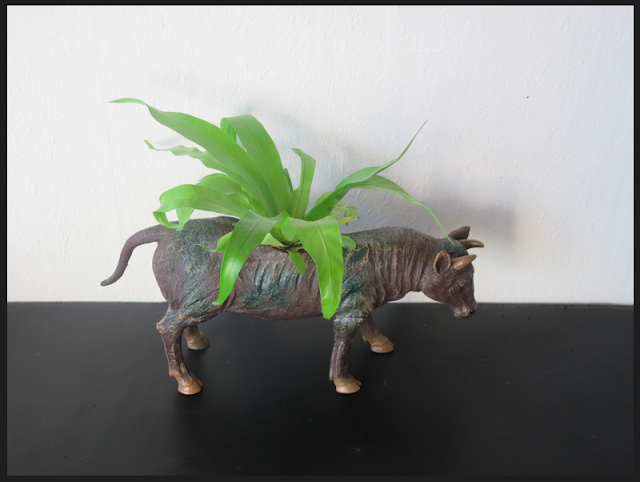 Oh, and for those of you who'd like to know:

Hope you enjoyed, and love to hear about your christmas gift DIY's!
Posted by adventures of making at 11:11 PM