helping out my nieces' homeless dolls. 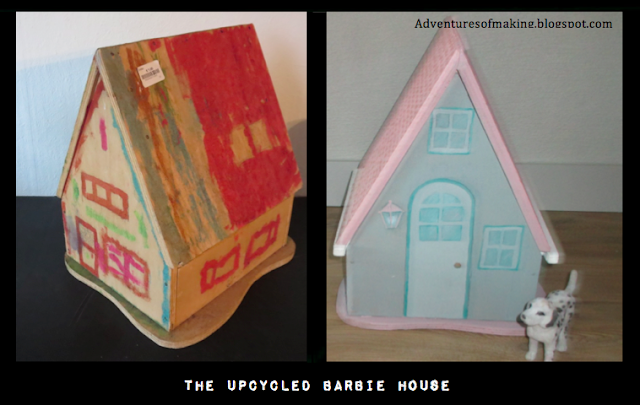 Today's a special day, my friends! Not only because for the first time in weeks I'm able to write a new post (huzza!) , but also because today the Netherlands is recovering from a party called sinterklaas!

Sinterklaas, for those of you who don't know it, is (and my mum is going to kill me for what I'm going to say next) kind of the same as santa claus/christmas. Different, but also the same. There's a lot of gifts, the main guy wears a lot of red and has a beard, you know the drill.

But the amazing part of sinterklaas is that it includes little poems that go with the gifts, where you can utterly and completely roast your family members, for all the mischief they have done last year.
So, what happened? My dad got a few potatoes thrown at his head -all in good fun of course-, I accidentally set fire to a glass full of coffee beans, my little niece produced a diaper so vicious that we almost had to take to poor kid outside, so nothing out of the usual there!


And of course there were gifts, many gifts. And of course, a good few of them were handmade or upcycled. Today I'll show you one of them: an upcycled barbie house that I gifted to my two nieces.


It all began when I was strolling around my favourite thrift shop,  and found this little wooden house:

It was cheap, dirt cheap actually:

And of course, I'm not going to lie: I can see why, as it wasn't the prettiest of all things. But it also immediately reminded my of my own youth, especially an afternoon when my mother had brought home a huge cardboard box, and shaped it into a playhouse, and subsequently told me that me and my friends could paint it and play in it. It became an enormous mess of course, and the house ended up being quite hideous, but did it matter? not at all: my best friend and I had an amazing afternoon painting the house and playing in it. And I expect that sort of the same thing had happened with this little house, so I took it home.


Where I discovered an amazing feature: you could take the roof and first floor out, to play in it. And while it was fairly small, I considered it a perfect size for a barbie: big enough to play in with your barbie, without having a house that takes up the entire space of your living room.

But as much as the expressionist paintjob gave me a giggle, it had to go, or else my stylish sister-in-law would probably murder me. So , I gave it a good scrub in my bathtub (rhyme!).


Once the house was as clean as it was going to be, I let it dry, And fetched my paint tubes.

and light pink for the roof!

Of course, the roof wouldn't be complete without some tiles, and to satisfy the inner princess in my little niece, I painted the tiles in copper, so the house shimmers a bit when moving in the light. 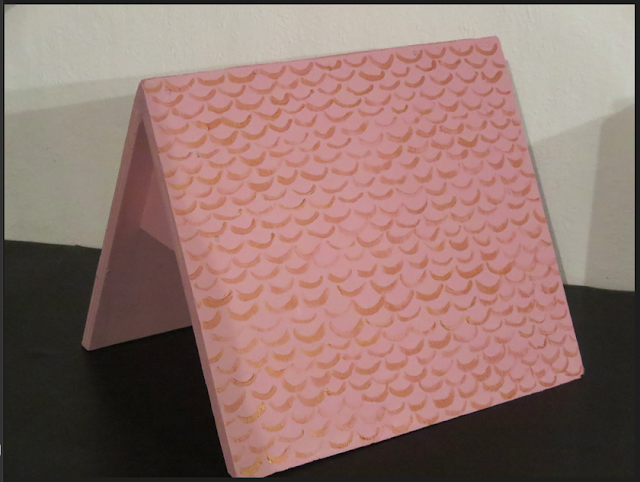 Then I added some windows and doors, and a final layer of protecting varnish, and I was done!

( and thanks mum for actually taking pictures of the finished product, something that I -yet again- had completely forgotten about)

Of, and of course I'm obliged to why I didn't post in the last few weeks! Well apart from being very stressed from work, house renovation and sinterklaas-preparation ( See? I can't shake off the rhyming thing! ) I also was...

It was for work, so there was not a lot of time for island-exploring, but we did manage to see some of the island, and the conference ( on narratives in healthcare, for those of you who are interested) was very cool as well.

But wait, that was only a week, and I was gone much longer, wasn't I?
Well, only I week later, I hopped into the plane again to go to .. 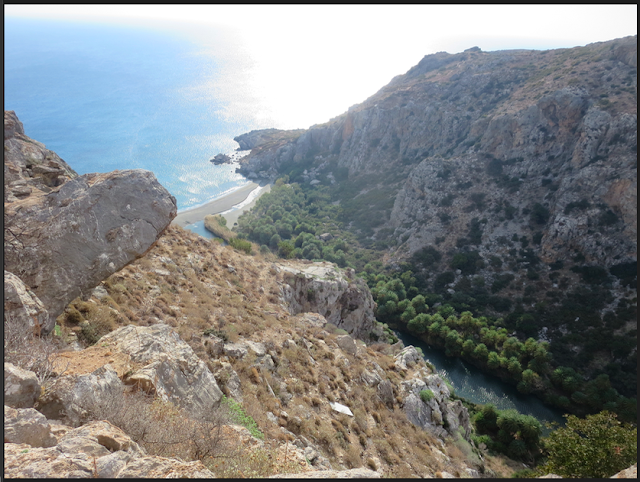 Crete!
and that one was just for fun and some much needed resting ;) 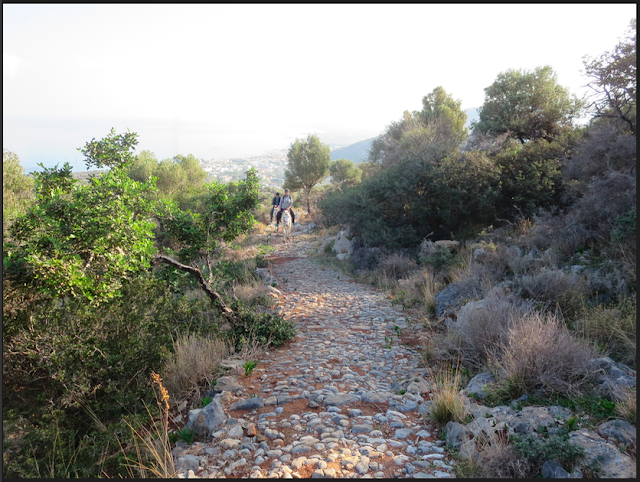 And it was amazing! horse riding for a good six hours through the mountains, and awakening my inner David Attenborough when I spotted an amazing octopus during scuba diving.


For those of you who haven't yet forgiven my sudden absence: for the next weeks, I have some posts with upcycled gifts lined up that I can safely post now that sinterklaas is over. Just in time for your christmas!  So keep an eye out for them!

Posted by adventures of making at 4:22 PM